How about a little Mexican Irish Fusion?…
Tacos and Corned Beef?…
…with a little Guinnes Dipping Sauce on the side?
“Pourquoi pas?!” I say with my best French accent.
…an interesting way to use up some of that corned beef
from yesterday’s Saint Patrick’s Day Corned Beef and Cabbage feast… 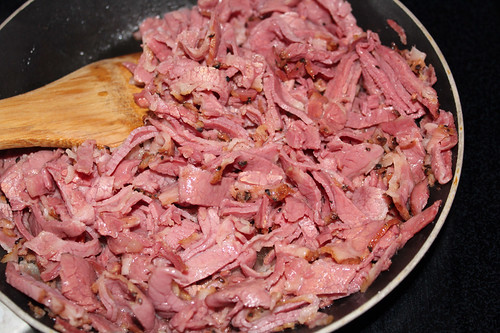 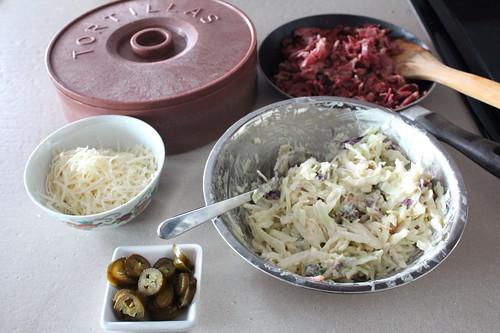 To assemble,
spoon some of the cole slaw on each tortilla.
Top with a generous portion of meat,
then a sprinkling of cheese,
and finally 3 or 4 slices of jalapenos. 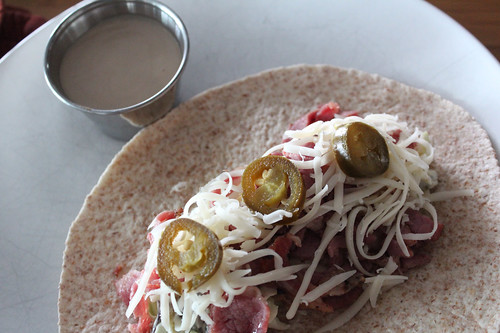 Before folding your tortilla, drizzle with Guinness dipping sauce.
Serve with extra sauce. 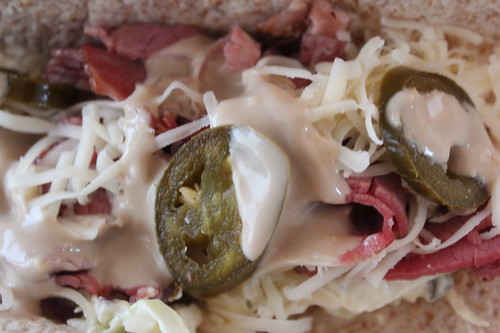 Captain says this one’s a keeper!
inspired by Tasty Trials

One thought on “CORNED BEEF TACOS with GUINNESS DIPPING SAUCE”