MARCH – a good month for the IRISH

MARCH – a good month for the IRISH

Let’s start this month off properly shall we?

Here in the Great White North we are fed up with snow and ice.

Weather forecasts for March are looking grim as well. 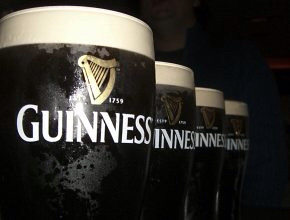 So to get the March-is-for-the-Irish party started

here is a little Guinness trivia for you…

A stout by any other moniker might indeed taste as sweet. Guinness’ dark, creamy brew was originally called Porter, and later Stout Porter, to denote its strength and popularity amongst U.K. train porters. In the late 18th century, the then-singularly named Stout grew so successful that Guinness stopped brewing other varieties of beers, focusing instead on porters and stouts.

Nearly 40% of Guinness is consumed somewhere in Africa. Of five Guinness-owned breweries worldwide, three are in African nations. Nigeria, home to one of those five breweries, is the world’s second-largest market for Guinness consumption. Great Britain is first, Ireland comes third, Cameroon fourth, and we in the U.S. stand in measly fifth place.

Hold up. Was Freddie Mercury born in India or Zanzibar? Guinness is so dedicated to settling the sort of obscure debates born in bars that in 1954, managing director Hugh Beaver launched a compendium of little-known facts called the Guinness Book of Records. Originally intended as a marketing giveaway, the book became a runaway success upon its commercial release in 1955, and one of the oddest publishing sensations since an auto company named Michelin tackled fine dining.

It’s not black. It’s not even brown. Hold your beer up to the light – or, hey, maybe try drinking someplace that isn’t so dimly lit. You’ll see that Guinness is actually a deep, dark red, a color the company attributes in part to the roasting of malted barley during the beer’s preparation.

Arthur Guinness, a wealthy Protestant with minimal beverage experience, founded his now-world-famous St. James’ Gate brewery in 1759. He happened to be an innovative human rights advocate, funding Ireland’s version of the Red Cross and creating housing developments for Dublin’s disenfranchised poor. As a company, Guinness supported Irish troops in both World Wars, guaranteeing its workers jobs upon return from service and paying their families a portion of their salary in absentia.

Rich in iron and antioxidant compounds, a 20-ounce pint of Guinness is a mere 210 calories. Compare that to a 150-calorie glass of milk, and you’ve got yourself a healthy sip, rich enough to make the angels sing. Speaking of which….

8. Home is where the heart is

In 1997, the merger of Guinness and Grand Metropolitan created the English conglomerate Diageo, which produces Jose Cuervo and Smirnoff. The quintessential Irish brew is thus no longer based in Dublin, but London.

Miss St. Patrick’s Day this year? Consider kicking back with a cold one on Arthur’s Day, a corporate-sponsored “holiday” started in 2009. The next Arthur’s Day hits on September 27, 2013 at 5:59 p.m. (17:59 in local time, a nod to the year of Guinness’ founding), at which point a student-heavy crowd across the city toasts the success of Ireland’s heritage beer and yells in unison, “To Arthur!”

Guinness is a pantry workhorse. From tenderizing beef in a classic meat-and-potatoes Irish stew, to drizzling on plain-Jane vanilla ice cream for a sweet taste of the sauce, choosy cooks choose Guinness.

Bartenders are not being fussy when they insist on the double-pour. Unlike other taps, Guinness is dispensed through a five-hole disk restrictor plate (don’t worry about it; just know it makes your beer delicious). It supplies an uncommon amount of nitrogen, making the head extra-effervescent. As such, two shifts are needed: one to start the magic, and a second to finish the job. The perfect pint is said to take 119.5 seconds to pour. But who’s counting?

…putting the PUB in Republic. 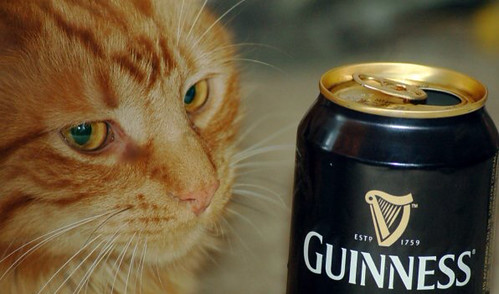 stock your refrigerators and pantries with good Irish beer

and let’s get this March-is-for-the-Irish party started.

is embracing his inner Irish too and has created

another yummy Captain Cooks delicacy for you all…