I came across a social media discussion about donairs the other day,
which in turn led me down a rabbit hole of wonder and confusion.
The first thing I learned
was that not everyone knows what a donair is.
A recent call from a Montreal friend greeted me with:
‘Hey there Sea Salt Galley Kat. What have you been up to?’
I told her that I had just taken my Donair meat out of the oven.
‘What’s a donair? Never heard if it.’
What?
Never heard of a Donair?
Is that even possible?
So I started doing a little research
and have found out that this Middle Eastern treat
had its first Canadian origins in Halifax, Nova Scotia in the early 1970’s,
where I spent the better part of my adult life before moving to Montreal,
and is only now gradually spreading its gospel-according-to-Donair across the country.
…and dear foodie friend of mine (I know you are reading this),
guess what else I learned…
there now exists a Donair shop in Montreal…
…and apparently there exists Donair poutine.
Who knew?
For the sake of my blog,
I have tried to keep all my recipes ‘boat friendly’,
meaning easy to reproduce
in the most modest of kitchens, or galleys, or R/V’s,
even campsites.
…most of them anyway.
This recipe however would be better cooked in an oven.
Not saying I wouldn’t or couldn’t,
it just that the cooking time is low and slow,
so for economy of fuel consumption,
I may have to keep my Donair fixes on land. 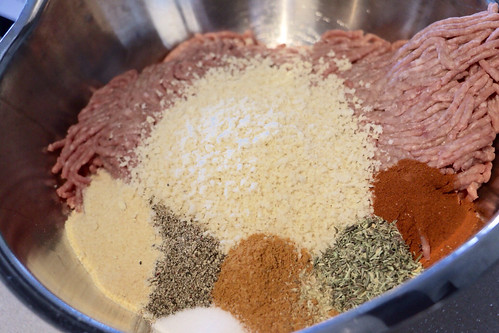 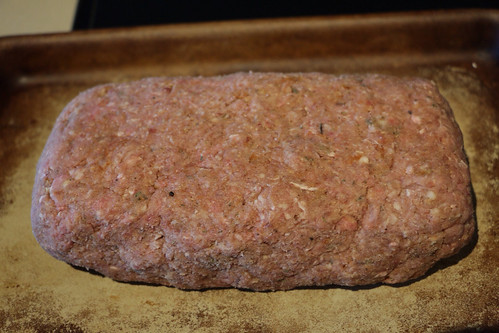 Now for the tasty part… 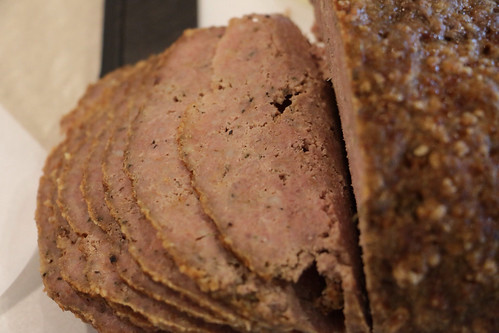 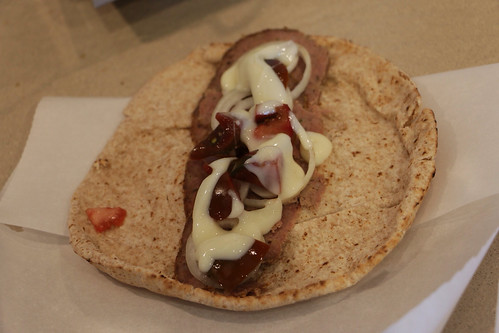 The subtle spice of the meat, the sweetness of the sauce,
the crunch of the fresh vegetables,
wrapped all up in a fresh soft pita…
…pure taste bud heaven! 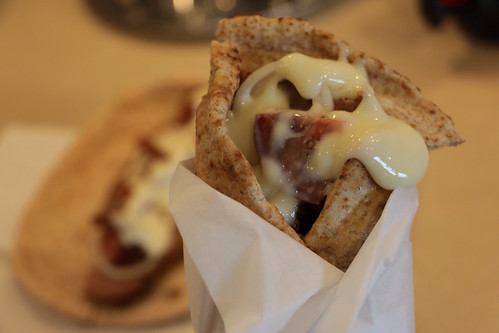 Captain said it tasted just like the ones he remembered enjoying in Halifax
where we first met many years ago,
when he whisked me away to a foreign land called Quebec…
tra-la…tra-la…
Galley Kat Notes
In the recipe card below, I have added notes on how to cook this yummy meat in a fraction of the time in your pressure cooker/Instant Pot.  As I mentioned, there was no distinguishable difference in either the texture or flavour.  This can be cooked in just 30 minutes instead of 2 hours.  Lovin’ the options. for the donair wrap

for the donair wrap

I tried this recipe in the pressure cooker and it turned out with no distinguishable differences from the original. Here is what I did: Form the loaf as per original. Place 1 cup of water in pressure cooker pot. Place a trivet in cooker pot. Make an aluminum foil bowl, place the formed loaf in it and lower onto the trivet. Set the pressure cooker on high for 30 minutes. When done, use quick release method. Let meat cool. Slice and serve as usual I have also cooked this in four small silicone baking forms…easier to store and freeze smaller portions.